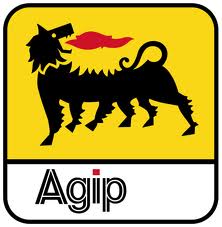 The   boat   identified as MV Terra was ambushed by suspected sea robbers when it was heading to the firm’s Clough Creek flow station along Egbema-Angalabiri .

The gunmen shot  the driver of the boat on  the leg and three others.

An Agip staff is said to have drowned as he dived into the river while attempting to escape the ambush.

Operatives of the Joint Military Task Force in the region were immediately deployed to the scene and are in search of the suspected pirates, Lt. Col. Onyeama Nwachukwu, the Media Coordinator of the Task Force said.

Lt. Col. Nwachukwu told newsmen on Friday that “The boat conveying some staff of Agip was attacked by suspected sea robbers and one of the staff of the company died when he was attempting to escape into the river and drowned.”

Two other Agip staff were missing after the attack in the Tarabora creek in Bayelsa state, Nwachukwu added.

Leadership News reports that 3 Agip staff died in the ambush.

The ambushed boat was not escorted by security men, reports say.

A spokeswoman for Italy’s ENI, the parent company of Agip, said the attack occurred Thursday.

“A speed boat contracted by (Agip) was attacked and stolen,” she said, adding that there were three people on board. She said a Nigerian national who worked for the company drowned while the other two were safe.

“Nwachukwu   said  the security outfit was on the trail of the  armed men  as investigation continued.