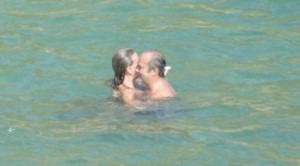 The bishop, Bishop Fernando Bargallo, who is a Roman Catholic bishop became the center of a major scandal when pictures of him embracing an anonymous woman at a holiday beach resort were released by an Argentine television station. According to the BBC, one such image shows the bishop waist-deep in the water as he is hugging the woman in his swimming trunks.

Information available says little about the woman in question. However, the bishop has confessed that he was having “amorous ties” with her. He had previously tried to excuse himself by saying that she was just a childhood friend, one that he had known all his life.

Initially in public statements credited to the bishop, he said that the photographs were misleading, and could lead people to make the wrong conclusions about the situation. He went as far as to ask his congregation to “forgive him for the ambiguity of the pictures,” and insisted again that the photos should only be viewed in the context of a long-standing friendship.

However, later, the bishop admitted to having an inappropriate relationship with the woman and turned in his resignation, which has since been accepted by the Vatican.