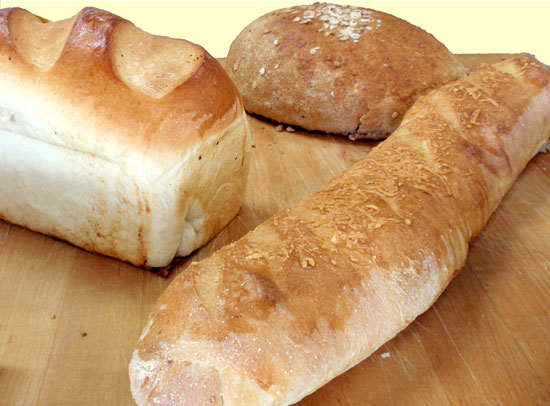 Minister of Finance and coordinating minister of the economy, Dr. Ngozi Okonjo-Iweala, has confirmed that the Federal Government has concluded plans to ensure the production cassava bread in the country. According to the minister, President Goodluck Jonathan on Wednesday approved two major incentives aimed at encouraging the production of cassava bread in the country.

Dr Okonjo-Iweala made this known while addressing State House correspondents after the weekly Federal Executive Council meeting. She said the President had agreed to make the importation of cassava-enhancing enzymes into the country duty-free. Also,the Federal Government had also resolved to place additional levies on the importation of wheat.

According to her, “The quantity of the cassava-enhancing enzymes used in the production of cassava bread is not sufficient here and so much are being imported… The import duty rate on the enzymes will be reduced from 10 per cent to zero per cent.” And on a reverse move, “There will be levies on import of wheat. The levies will be put into Cassava Bread Development Fund to be used to support the development of the value chain up to the production of the bread.”

The minister made it clear that wheat flour, which used to attract a duty rate of 35 per cent, would from July 1 attract, in addition to a duty rate of 35 per cent, a 65 per cent levy! Also present at the discussion to support the coordinating minister, was the Minister of Agriculture and Rural Development, Dr. Akinwunmi Adesina, who, among other things said “Cassava bread is cheaper and healthier.”