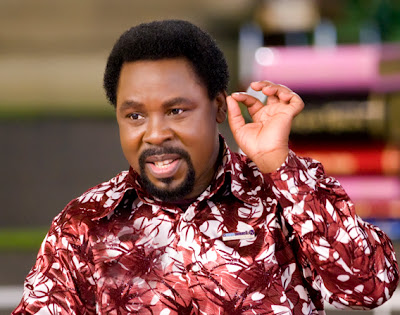 Prophet T.B. Joshua has reacted to news going around about whether he foresaw the death of late President Atta Mills or not

The Emmanuel group claimed they were shocked to discover an article currently circulating around the internet in which a media house claimed to interview Prophet T.B. Joshua concerning the death of the late President of Ghana.

In response to this false interview, this is an official communication from The SCOAN & Prophet T.B. Joshua:

“The interview in LEADERSHIP NEWSPAPER of Thursday 26/7/2012 titled “I Did Not Foresee Atta Mills’ Death – T.B. Joshua” does not represent me, T.B. Joshua, because I was not naround and I never spoke with anyone.

“People say all sorts of things against me but God says ‘Touch not my anointed and do him no harm’. Why should anybody write this – as if you will not die one day?

“Don’t fight a prophet; don’t fight God! Once again, readers, this is the first time I am talking to the public after the demise of our late president. I will talk as God instructs me on Sunday Live service on Emmanuel TV.

“Those that may have copied the false story from LEADERSHIP NEWSPAPER should remove it from their sites because this does not represent me. It is not from me.”