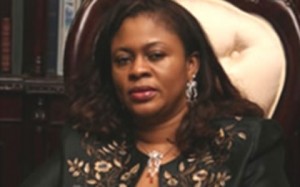 The Federal Government’s has plans underway to lower the age limit of commercial aircraft allowed to operate in Nigeria to 15 years. And, the policy, which has been receiving criticisms from the aviation industry experts, has been described as unrealistic.

It is believed that this will lead to the banning of no fewer than 38 jets, representing about 60 per cent of scheduled commercial airlines’ planes in the country. The 38 planes are currently flying for eight domestic airlines.

At the Safety Conference of African Aviation Ministers in Abuja on Thursday, the Minister of Aviation, Mrs. Stella Oduah, had said the government was already considering lowering the age limit of aircraft that could operate in the country to 15 years. She admitted that the policy could have a short-term negative impact on the desire to encourage the growth of domestic airlines, but added that the issue should be how to strengthen and enhance airlines’ viability as business concerns.

In her words, “We will continue to encourage domestic airlines not only to grow in their individual capacities but also to consolidate wherever possible, so as to pool resources together for the emergence of more stable, viable and profitable airlines.” She added, Statistics on age and histories of Nigerian airlines’ planes obtained from planespotters.net showed that at least 38 out of the 64 Nigerian commercial planes were over 15 years old. However, airlines that are likely to be affected are: FirstNation Airlines, Dana Air, IRS Airlines and Chanchangi Airlines. Statistics from the planespotters.net showed that apart from the plane that crashed, Dana currently has four Boeing McDonnell Douglass 83 planes that are over 15 years.