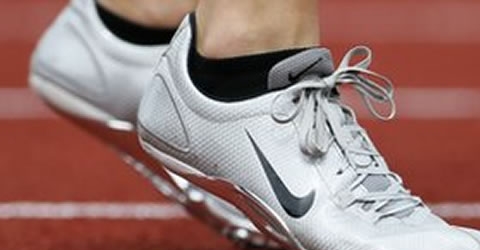 Members of Egypt’s Olympic team have been given fake Nike gear, a synchronised swimmer has alleged.

Yomna Khallaf said her workout bags had a big Nike logo in the front but the zippers had an Adidas branding on them.

The Egyptian Olympic Committee (EOC) secretary general, Motaz Sonbol, said they were shocked to find that the gear was not “directly from Nike”.

Nike said it was “concerned” athletes may have received products that do not meet the company’s quality standards.

A Nike spokesman said the company was recently made aware that the EOC chose a sports gear vendor who allegedly supplied counterfeit footwear and apparel bearing the Nike trademarks.

The company said it was now in discussions with the EOC to see if a solution could be reached.

But the committee’s chairman, Gen Mahmoud Ahmed Ali, defended the decision to go for the “counterfeit” gear because of his country’s tight finances, AP reports.

“We signed with a Chinese distributor in light of Egypt’s economic situation,” he said.

Ms Khallaf tweeted that she had to spend more than $300 (£195) of her own money to buy satisfactory gear.

BBC Arab Affairs Editor Shaimaa Khalil says the incident has caused a major controversy on social media, with some users describing it as a disgrace.

Egypt is being represented by 112 Olympians at London 2012.