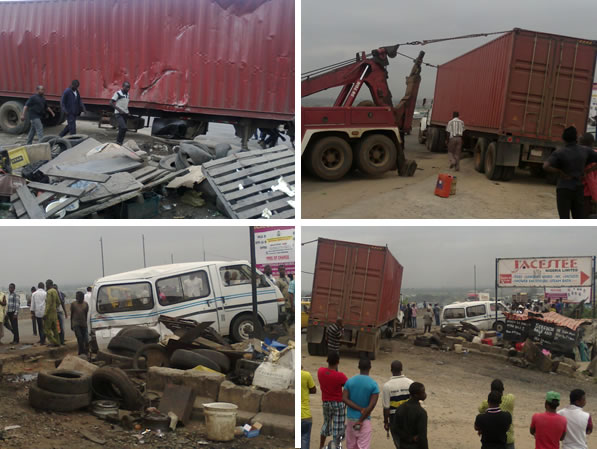 It was reported that a female pedestrian was crushed to death on Thursday morning at Berger area of the Lagos-Ibadan Expressway by a container after it fell from a moving trailer.
Trailer was said to have been  heading out of Lagos around 7a.m when it lost one of its tyres, making the driver to lose control of the truck momentarily.

Witnesses said that as he struggled to regain control of the truck, it tipped over to its right side.

As the truck fell, it landed on the woman, who was walking beside the road, in search of a commercial bus to her destination.
The unidentified woman died instantly while a gridlock formed on the outbound Lagos side of the busy expressway.
Traffic officials moved to the scene and were able to lift the truck and its container with a crane back on the trailer’s tyres.