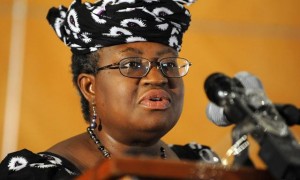 According to the minister, “as you know, there was a recent report to verify 2011 arrears that, with the support of Mr. President, I set up, and chaired by Aig-Imokhuede. We set it up in the Ministry of Finance and they have worked. They used over 20 forensic accountants and bank examiners. As a result, Mr. President two days ago, constituted a Presidential Task Force, also chaired by Mr. Aig-Imokhuede, to try and just complete work on the verification and then begin the recovery… President Jonathan has directed the 15-member committee, headed by Mr. Aigboje Aig-Imoukhuede, to begin work immediately and conclude its assignment by 1700 hours on Friday, July 13, 2012 as a prelude to immediate action on all identified cases of fraud”.

The minister has therefore assured Nigerians that the Federal Government would recover the excess payments made to petroleum marketers on subsidy, as soon as the Aigboje Aig-Imoukhuede committee completes its assignment.

News in recent weeks have also revealed that some of the marketers involved have been taking all possible steps to ensure that they are not brought to book.