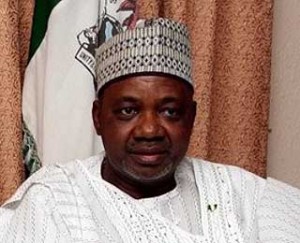 Information coming in has it that Vice President Namadi Sambo’s residence in Zaria was attacked by unknown gunmen who engaged the Police guarding the home of the Vice President in a gun battle at around 11.30 am on Monday morning.

Confirming the incident, police spokesperson in Kaduna,Balteh Abdulrazaq, said that atleast one person has been confirmed dead. According to him, the attack was carried out by three men. In his words: “The three gunmen came on a motor bike and opened fire on the police guards at Namadi Sambo ‘s home at Baba Ahmed Road, Tudun Wada, Zaria”.

He also said, “The mobile policemen on guard and the assailants were engaged in a gun battle around 11.30 .am. However, a cobbler was hit by a stray bullet who died instantly… Two police officers sustained bullet wounds on their legs and arms and have since been rushed to an undisclosed hospital… “We have already commenced investigation and we are urging the public to remain calm and report any suspicious activities around them,” the police officer said.

So far, the police spokesperson said no arrest has been made.