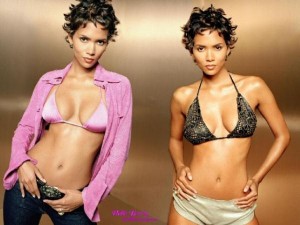 It was gathered that Halle Berry, the Hollywood icon, who might star in Obi Emenloye’s new movie ‘Safari’, has been hospitalised.

She was said to have been rushed to the hospital on Tuesday, July 17, 2012 after she reportedly fell on a concrete ground while on her movie set, ‘The Hive’.

Halle is expected to accept an offer to act in a Nollywood movie by Obi Emenloye. There have been hype about Halle Berry acting alongside Nollywood’s best actors like Omotola Jalade Ekeinde, Rita Dominic, Genevieve Nnaji, Jim Iyke and others.