How Nigerian Youths Can Rebuild Nigeria – By Eniola Joshua 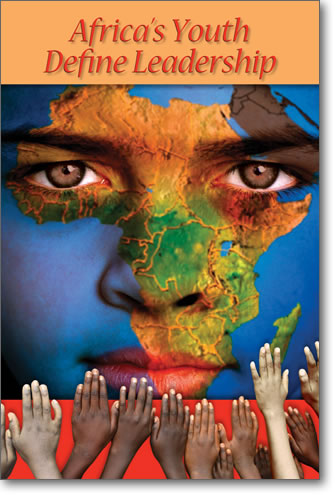 One of my revered mentors in governance; Dr Oby Ezekwesili, remarked that the current younger Nigerian generation had neither the problem of slave masters nor military junta, hence her high expectations on us. I agree with her only to some extent because we have a far greater challenge than those she noted. Unlike in the past where elders had moral authority to rebuke the youths, elders have become the looters and morally bankrupt of the society. In a country as populous as Nigeria, the number of elders reckoned with integrity is exceptionally low. The youths are in a dilemma; stealing is no longer the problem, rather as inspired by our so called elders; the amount of loot poses the challenge. Steal small, you are sure to be disgraced: Steal big and you shall be celebrated. This reminds one of the great Chinua Achebe’s Classic; “No Longer At Ease”, where the community sponsored graduate and idealist; Obi, took a bribe and was eventually caught in what turned out to be a sting operation. His sponsor (the Umuofia Progressive Union) dissociated itself from him because he took a bribe that was so little… “a mere twenty-eight pounds”. They bragged that if he had collected a larger bribe, they would have hired a Lawyer for him. After all, if a man must eat a toad, it should be a fat and juicy one they said. Our political leaders have surely heeded this cry as they have moved from one record breaking stealing to another record breaking one. They are in serious competition to outdo each other in evil and economic sabotage. Must this continue? Must we willingly inherit this legacy of corruption and evil? Less than two weeks ago, controversial US based Ghanaian Professor of Economics; George Ayittey took a swipe on Nigerians describing them as “battered souls” and “broken spirits”. Despite the deficiency of wisdom applied in articulating his view, one cannot in good conscience totally dismiss his observation. I urge you all to lay aside every battered and broken mindset as we explore our role in building and fortifying a stable Nigerian economy.

No economy can be successfully built with the present unfocused “I want to be my own boss” syndrome one sees amongst the youth. Aside from a few exceptions, it is widely accepted that to lead, you must have been led. Therefore, we must not undermine the essence of being mentored either directly or indirectly. Currently, our economy needs more entrepreneurs and ‘socialpreneurs’ to attain greatness but this must be founded on a genuine desire to add value or meet an existing need rather than out of the desire to be answerable to no one. Thisday (2010) puts the failure rate of small businesses at 70% which was found to be as a result of poor planning and surprisingly not funds as many may have assumed. To sustain any enterprise, be it as the owner, manager or employee, the role of hard work and diligence cannot be over emphasized. Hard work and Diligence lubricated by a quest to attain excellence would be the defining moment for building a stable Nigerian economy. Unfortunately, most Nigerian youths are deficit of these qualities. Mastery of the underlying principle behind creating operating systems, tablets, laptops and even social networking tools was the prompting factor that motivated the foundation of some of the greatest enterprises in the world. Their leaders were not merely eager to become their own bosses, rather they had become masters of skills that would change the way the world engages in business and networking forever. We must take note that to become a master of a skill is not limited to obtaining a degree, masters or PhD. I shall speak further on this in the course of our discourse.

Notwithstanding the height and architectural masterpiece of a building, in the absence of a good foundation, collapse is imminent. This collapse may never occur until the building comes under stress. So is it possible for the character deficient youth to mask his weakness. When stress comes as the rain of family pressures, the flood of peer pressures and the wind of uncertainties, the individual lacking in integrity is bound to collapse. Beyond an individual, even the most vibrant economy would collapse once integrity is relegated. Integrity is the key element for a fortified economy. The now infamous Meltdown of 2008 in the United States was as a result of greed and indiscipline. These weeds are bound to grow when the delicate crop of integrity is left unguarded. I urge you all to make up your minds to demonstrate integrity in every aspect of your life because our daily activities are a subset of the entire Nigerian economy. Hence, if every one of us gets it right, so will the economy of Nigeria.

Additionally, Nigeria must begin to negotiate and do business with other nations from a position of strength. Enough of the regular international trips to beg investors to come to develop our economy! A wise father inputs into his daughter the qualities of a good wife. With beauty and these qualities, his daughter is bound to become a magnet of suitors. No doubt Nigeria is a beautiful and endowed nation, but rather than build her character, our leaders have opted to keep begging suitors; whereas, once we put the right things in place, suitors are bound to court our partnership as a Nation. Nigerians are not intellectually inferior to citizens of so called developed nations but rather than deepen the stream flow channel of our intellectual rebirth, we have made our basest desires; food, shelter and pleasure, to become our focus. To build a stable Nigerian economy, we must challenge the status quo. Gone are the days when nations would do this or that because America has so done. For instance, our vision for our economy may never be achieved if we do not question the concept of democracy as practiced in Nigeria. Nothing stops us from modifying democracy and other imported ideas to suit our nation. We need to begin to ask ourselves questions as to whether democracy as imported is actually suitable for our environment. Of course, the people should be left to choose their leaders but must this be done the conventional way? The weight of the political class is too heavy a burden on the economy of our nation. Ideas such as part-time legislating, rotational representation, elected volunteers etc. must be discussed and possibly explored as a means of fortifying our economy from its greatest threat; the political class.

We must realize that America has attained menopause in many regards, the cumulative of which is the gradual slide from their past economic fortunes. Destiny demands that we think not just out of the box but far from the box. As we do so, we are bound to realize that the new bride of the world is China. Nigeria and indeed Africa must strengthen economic relations with China and Asia as a whole, as we work toward building a stable Nigerian economy. Albeit, this must be done with cautious optimism as should all our dealings with foreign nations.

I am convinced that oil is our seed and not the harvest but we have thrown a party and invited all to join us in depleting our seed forgetting that perhaps for every 7 years of abundance comes 7 years of lack. If the money gained from crude oil sales is conscientiously utilized to build other sectors of the economy, our undue dependence on the petroleum sector would be drastically reduced. With the high level of unemployment in the country, the government’s chief responsibility is to provide an enabling environment for business to thrive like constant power, good roads, subsidized tax for small businesses etc., rather than adopting our usual approach of throwing money at every problem. It is a failed approach and serves our economy little benefit.

To begin this economic building process, youths must put away the “fear of poverty syndrome” that has tormented many of our leaders and elders today, making them some of the most notorious and hardened looters that have worked upon the earth. A million, millions, a billon, billions and now trillions but they are not satisfied. Sadly, these economic vampires have infected several youths with their kleptomania disorder. We must therefore seek help and reject the legacy of corruption given to us by our elders; otherwise, we are doomed to be more abysmal than they have been. My submission today is that hard work and diligence are what it takes to build a successful Nigerian economy but to stabilize and fortify the economy, integrity is paramount.

Eniola Joshua is an advocate of youth involvement in leadership and policy planning as a tool for the economic re-engineering of Nigeria. Follow him on twitter: @EniolaDGreat