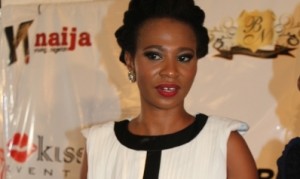 ADEMOLA OLONILUA, after speaking to Nollywood actress, Nse Etim about her career and sundry matters, gave the following report of all she said:

I don’t wear dreadlocks, it is just my natural hair that you are seeing. I twist it and loose it when I choose to. I do not fix a weave-on because it is artificial. I carry my hair most of the time, except when I have to attach something else to it.

If I am playing a role in a home video film, I wear another hairstyle. I am an easy-going person, though I am inclined to lose my temper sometimes. My bark is worse than my bite and I am a simple person.

After graduating from the University of Calabar, I worked with a radio station and a television station. I did a bit of film acting before getting a job in a bank.

Why I quit banking

I don’t think I remember the year I quit banking. But when I decided it was not longer what I wanted to do I had to leave. I was doing the same thing everyday. I was not passionate about it and I think if you want to earn a living, you should be passionate about what you do.

How I became an actress

A movie producer, Emem Isong, brought a script to me and asked me to read it. Initially I wasn’t enthusiastic about it, but she insisted and I eventually did it. I decided to start a career as an actress after I took part in the movie titled, Guilty Pleasures. That was my turning point. I owe this to movie fans. They made me who I am today.

When I decided to be an actress, I was old enough to choose for myself. But my mother only hoped it would work. Now she is my greatest fan. When I say I was rebellious, I mean that I was assertive as a child. I knew what you wanted and went for it. That is how I was brought up: to know what I want. My mum did not think it was right. So I left acting and went into banking. When I got out, I said to her: now that I have done your wish, let me do mine.

Honestly I haven’t found any movie that I’d describe as most challenging for me. Also, no role has been insurmountable to me.

I am an ardent fan of Nollywood. I think it is still developing. We are trying our best to keep it alive, considering the fact that we work under difficult conditions. We hope it will get better some day.

The greatest challenge is, perhaps, the environment. There are no good roads and there is irregular power supply. Basically, we are suffering in order to put smiles on the faces of the people. In terms of infrastructure, I think we are doing our best, too. We are struggling to succeed in spite of the odds.

Why I lived with my godmother

Since my parents were very busy when I was much younger, I had to live with my godmother. My mother was still in school and my father had a busy work schedule at the time. But my godmother was not too busy for me. We were quite close. Apart from the neighbour’s son who was my friend, the other friends I had were animals. That was how I grew up. I never felt lonely all that while.

Growing up in the North

I grew up in the North. Life was beautiful then. Kaduna had lovely hotels where we used to go and swim. Zaria was peaceful and the residents were friendly. Jos had the best yoghurt in the country at that time. As a child, I loved to take yoghurt. Today, I doubt if you could find any that is as tasteful as what we used to buy in those days. Now you have to go all the way to a big store to buy bread. And then, everything in the North just changed.

The crisis in the North

It is just heart breaking. I think Nigeria is passing through a phase. Some people have said that for the land to be cleansed, blood will have to be shed. I think that is selfish. I do not want my blood to be shed. This is not the way to solve problems. It is painful that we resort to violence to get things done in this country. I hope that the problems in the North will be solved soon.

My most embarrassing moment

My most embarrassing moment is the day fell off an airplane. I did not remove my glasses and everything went misty. I fell down when I was descending the staircase. The worst part was that I had to struggle to get up on my feet.

I am not involved in a relationship. I don’t think that everybody needs a companion. Lonely people ought to keep themselves occupied with work or they would be bored to death. When I don’t have any work to do, I read books to keep my mind busy. If I don’t have any book to read, I watch a movie or get busy in the kitchen.