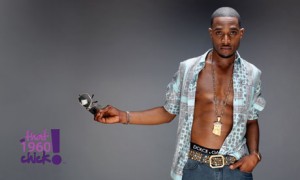 The idea that D’Banj was set to join the popularly mentioned and renowned cult group, ILLUMINATI, may have come from understanding of him being signed to Kanye West’s G.O.O.D Music label. The rumor of his attachment to the group, though unconfirmed, has created so much reactions from Nigerians but no one has come out openly to say anything about it.

During the Mohits’ troubled time, it was insinuated that both Don Jazzy and D’Banj fell apart due to illuminati issues. With the Kokomaster’s (as D’Banj is also known as) romance with Kanye West and the Jay Z’s clique got stronger, more people believed that D’Banj was already into the world’s renowned cult group.

Last week Thursday, July 12, 2012, D’Banj was in Lagos for a special prayer service organised for Nigerian celebrities to avert sudden death among them.

The call was made by Pastor Wole Oladiyun, the Senior Pastor of Christ Living Spring Apostolic Ministry (CLAM), Ogba, Lagos.

A source close to the senior pastor said that D’Banj was warned by Pastor Oladiyun not to join or be associated with illuminati. It was reported that the pastor gave D’Banj this stern warning when he had a chat with him.

He was quoted to have told the ‘Oliver Twist’ singer, “don’t join illuminati if you don’t want to go to hell fire”

It was also gathered that D’Banj had a short performance at the service, where he sang his ‘Olorun Maje’ song.

The Illuminati cult was founded on May 1, 1776, in Ingolstadt (Upper Bavaria) as the Order of the Illuminati, with an initial membership of five, by Adam Weishaupt. He was the first lay professor of canon law at the University of Ingolstadt.

The cult was made up of free-thinkers as an offshoot of the Enlightenment and seems to have been modeled on the Freemasons.

The Illuminati’s members took a vow of secrecy and pledged obedience to their superiors. Members were divided into three main classes, each with several degrees, and many Illuminati chapters drew membership from existing Masonic lodges.

Over time many people have had to tag the group in different ways, and as of late top musicians have been implicated in the attachment to this group. Many analysis have also been done on the signs and displays of the members and that has on his own, popularized the group beyond measure.