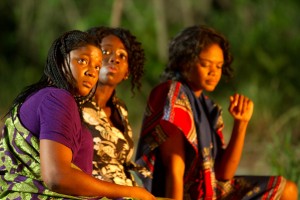 A man, Newman Octavio, has been arrested for reportedly stealing an unfinished version of ‘Ties That Bind’, a film directed by Leila Djansi, which was seriously announced.

Leila said in a public statement over the weekend that the culprit had been arrested and put before a court. She accused Octavio of stealing the works from her laptop.

Some sixteen students are also helping in the investigations and notices have been posted in all tertiary institutions in Ghana, alerting them of the leak and that the version of ‘Ties That Bind’ in circulation was not an original and complete version of the award-winning film.

“It is unfortunate and very embarrassing to say that in a country like Ghana where there is complaints of economic hardship and lack of employment, citizens themselves are engaging in acts that kill small scale business and taxpaying employers who help via employing citizens but also contribute immensely to the economy,” Leila noted in the statement.

She added, “Saying you do not know what a pirated film is, is not an excuse. If you are not buying a film through the official channels, you are buying a pirated film.

Watching a film with Submission Copy, Preview Copy and other annotations marked in is enough to educate you that you are not to be privy to such material.

Desist from sharing movies on pen-drives! You kill the filmmakers’ capital! It shouldn’t take Anas Aremeyaw Anas plastering people’s faces on TV to ginger us to doing things right.”