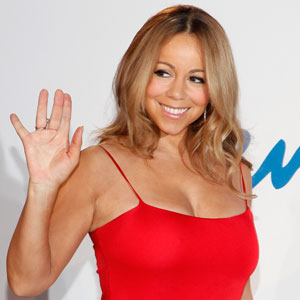 Fox wasted no time replacing one of their two empty chairs at “American Idol’s” judges panel. The network announced at the Television Critics Association press tour on Monday that Mariah Carey will be joining the singing competition for season 12. And she just became the HIGHEST PAID JUDGE in reality television … because her one-year deal with “American Idol” is worth close to $18 MILLION.

“As a singer, songwriter and producer, it’s going to be fun and rewarding to help find new talent and give back with ‘American Idol,’ ” Mariah Carey said in a statement. “I’m currently in the studio working on my new album and its first single, ‘Triumphant,’ which will be out early next month. I can’t wait to channel my creative energy as a part of this show which is a massive global phenomenon.”
“Mariah Carey is the real deal. Not only is she one of the best-selling artists and performers on the planet and one of the world’s most gifted vocalists, she also is a successful songwriter, record producer and actress,” Mike Darnell, president of alternative entertainment at Fox, said in a statement. “She has a deep knowledge of music and a career insight that will make her a really amazing asset to our judges’ table and to our contestants. It’s the dream of almost everyone who auditions for ‘Idol’ to sing like Mariah and we couldn’t be happier to have her be part of the show.”
The singer’s husband, Nick Cannon, last week joked that “Idol” couldn’t afford his superstar wife. “I don’t know if they can afford a Mariah Carey,” he told TMZ. “If they gave (Jennifer Lopez) $20 million, they might have to double that!”