Mario Balotelli, the acclaimed Italian footballer with a constant racist uprising seem to be getting much more than a bed football. The 21 year old footballer is expecting a child with his 24 year old ex-girlfriend Raffaella Fico who is a model. Raffaella revealed this week that she found out she was pregnant in May a month after they broke up. Raffaella and Mario dated for over a year but broke up in April this year because of the footballer’s alleged affairs with other women. Raffaella herself once dated Footballer Cristiano Ronaldo. 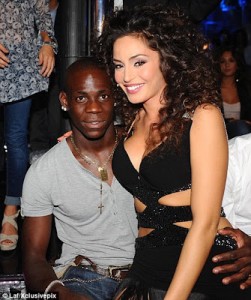