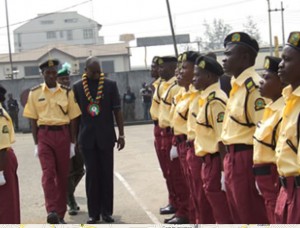 If new bill passed by the Lagos State House of Assembly is signed into law by the state governor, motorists that drive on one-way traffic in Lagos will pay a fine of N50, 000 or serve a three year jail term.

Other newly introduced offences and their attendant penalties are as follows:

Riding of motor-cycle (popularly referred to as Okada) against traffic, riding on the kerb, median or road setbacks, will attract a fine of N20,000 for first time offenders while repeated occurrences will attract a fine of N30,000 or the impounding of the motorcycle. Also, operating a motor-cycle in a restricted area on or prohibited route attracts N20, 000 fine or the impounding of the motor-cycle.

Prohibited routes for motorcycles and tricycles have also been listed in the new bill. These include major highways in Lagos. The other highways are: Lagos- Ibadan expressway, Apapa–Oshodi–Oworonshoki, Lagos–Ikorodu Road, Lagos–Abeokuta Expressway, Eti-Osa–Lekki–Epe expressway, Funsho Williams Avenue, and Agege Motor Road.