It was gathered that one of the sons of  Nasarawa State Governor, Governor  Malam Al Makura, was arrested and detained in Malaysia by the security agencies in Malaysia for possession of hard drugs and gun running.
According to the information received, the son who goes by the name, Kali Umar, who is the son of the first Lady, Hajiya Salamatu Al Makura – used to be a student at the Nasarawa State University in Keffi where he majored in Social Sciences. During his sophomore [second] year at the Nasarawa State University, Keffi, his father, the governor of Nasarawa State sought admission for him at a school in Malaysia – and flew Kali Umar to Malaysia to further his studies.

The governor’s son was reported to have been arrested in the last week of June 2012 – resulting in his father cutting short a USA official trip to branch to Malaysia to attend to the case. It is uncertain to what extent the father was able to dilute the case but credible sources indicate the son to still be held in detention in Malaysia.

The details of his arrest remain foggy.

In talking with the Special Assistant on Public Affairs to the governor of Nasarawa State, Abdulhamid Kwara on Friday July 6, 2012, he declined to comment – stating that “the matter was family affair”. Other members of the Al Makura administration contact remained tight lipped on the matter. The Chief Press Secretary [CPS] pleaded to be left out of the matter. 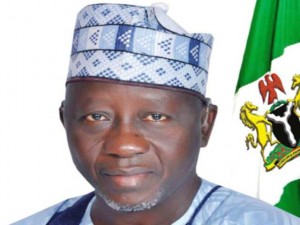