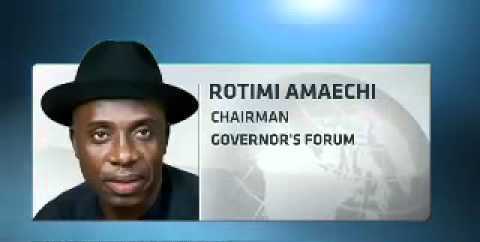 The umbrella body of serving state governors in the country, Nigeria Governors Forum (NGF) will on Wednesday, 11th July meet over the continuously rising insecurity in the country, especially the Northern part.

The latest spate of attacks in Plateau State, which resulted in the murder of Senator Gyang Dantong, the Majority Leader of the Plateau State House of
Assembly, and more than 100 victims in the State, is the immediate reason for this meeting, the first of its kind, and it is expected to hold in Abuja. Similar meeting have been held in recent past with no positive outcome in sight yet. One of such meetings is that held by the governors of the nineteen northern states.

This meeting was reported to have been called by the Chairman of the NGF, Governor Rotimi Amaechi of Rivers State, so they can deliberate on the security implications of the massacre of more than 100 people, including the killing of two Nigerian lawmakers.

These particular killings have been heavily criticized by notable members of the society such as Governor Emmanuel Uduaghan of Delta State, his Abia State counterpart, Chief Theodore Orji, and former Governor of Lagos State, Asiwaju Bola Ahmed Tinubu, who also decried the killing of innocent Nigerians in Barkin Ladi, Plateau State.