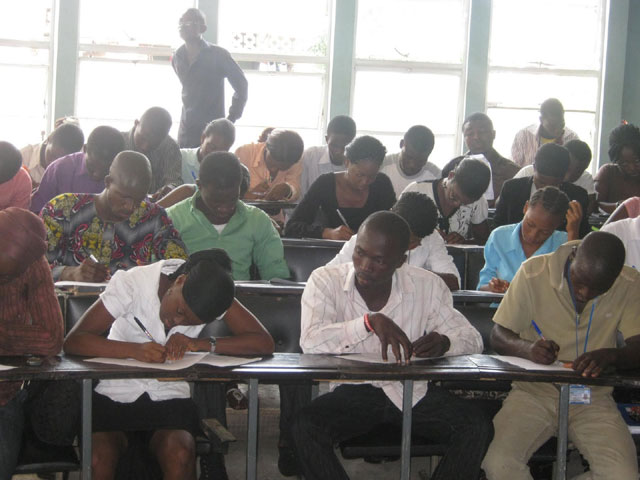 Nigeria occupies the number one position in the world’s examination malpractice index, according to the Director General of the National Orientation Agency (NOA), Mr. Mike Omeri.

Omeri says that the malpractice situation in the country has led to the production of half baked graduates and collapse of the education sector.

He said this while speaking at the launch of campaign to raise integrity standard in the nation’s educational system organized by the NOA in collaboration with Exam Ethics Marshals International in Lokoja.

“In May/June school certificate examination conducted by NECO, a total of 615, 010 cases of malpractice were recorded while 439,529 were recorded in the 2011 examination. The phenomenon has graduated into a highly complex and organized crime perpetuated by private and community owned schools,” he said.

Earlier, the Chief Executive Secretary of the National University Commission, Prof. Julius Okogie, said handwork, value and integrity have been eroded in the nation’s educational system, lamenting that emphasis is being placed on paper qualification instead of productivity.

Prof. Okogie, who was represented by Prof.  Nancy Abey, blamed parents and teachers for the trend. Governor Idris Wada in speech assured that he would work hard to eliminate examination malpractice in Kogi State, but pointed out that it requires concerted efforts from all stakeholders.