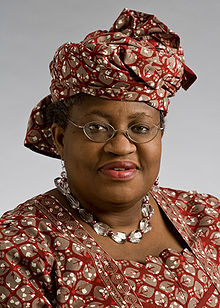 Coordinating Minister for the Economy and Minister for Finance , Dr Ngozi Okonjo-Iweala  has called for the creation of a bank that will cater exclusively for the financing need of women. She made this call in a keynote address at the 2nd African Women Economic Summit in Lagos last week.

Meanwhile, The Central Bank of Nigeria (CBN) will launch a special fund for micro, small and medium (MSME) enterprises in October. CBN Governor, Mallam Lamido Sanusi disclosed this saying fund will replace the old agricultural credit guarantee scheme and 60 per cent of it will be dedicated for women entrepreneurs.

Reiterating the apex bank’s support for women in businesses, he said, “I am not one of those that believe that all men are better than women or that women are better than men. You need to both to have diversity on the board. Any board that has a combination of men and women is better than any one that has men only or women only.

The central bank has proposed to set up a micro small and medium enterprises (SME) fund which 60 per cent will be for women empowerment. This fund is expected to replace the old agricultural credit guarantee scheme that we have had. When this fund is launched, at least 60 per cent of the loan will go to women business owners at single-digit interest rate.

Hopefully, by October this year, when we all come back from the World Bank meetings, it will be inaugurated.” In her address, Okonjo-Iweala said it is no longer a debate on whether there should be any investment on women, since such investment is the only way to sustain current growth across Africa.

She said even though Africa has produced two women Presidents in Liberia and Malawi, women’s participation in politics and governance is still too low, giving their strategic role and number. “Women are the third largest emerging markets in the globe. (They are) the third largest sources of growth. One of the fastest ways to sustain current growth is to invest in women, at least this will grow the Gross Domestic Product (GDP),” she said.

She said while the global economies were experiencing greater uncertainties as manifested in the economic crisis in Europe, United States and other emerging markets like China, Brazil and India, African economy is growing at 5%.

As a way out of the financial exclusion being experienced by women, she advocated for a specialised bank that will cater for the financial interest of women alone.  “Let’s us be creative, let’s join hands together in other to solve women’s problems in financing. …Lets come together, because we are used to solving and coming together to empower ourselves,” Okonjo-Iweala said.

Also speaking at the summit, Vice-President, African Development Bank (AfDB), Cecilia Akintomide, who represented AfDB President Donald Kaberuka, said that participants at the   summit should  focus on solving other problems confronting women, including education, access to health and capacity building, saying without addressing these issues, women would continue to be relegated to the background.

“More than half of women who died during birth are from Africa. African women hold only 26% of small size businesses in sub-Saharan Africa, and on the global front only 15%, which is very low.

‘We are not going to participate fully in growing the economy without access to financing. Inclusion is very important. Unless we do the right thing, we may not be able to move forward as we want. Each one of us here has a responsibility to promote women empowerment,” she said.