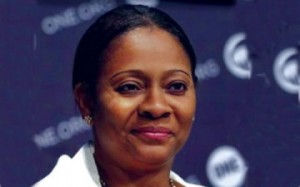 The Federal Government has insisted that it will not rescind its decision on the recall of the Director-General of the Securities and Exchange Commission, Ms Arunma Oteh.

The Minister of Finance, Dr. Ngozi Okonjo-Iweala, it was learnt, gave the government’s position during a meeting with the workers’ union of the commission on Friday.

During the meeting, the workers were told by the minister that Oteh’s recall followed due process.

The minister, it was learnt, pointed out that the government’s decision was based on the findings and recommendations of independent auditors.

Okonjo-Iweala, who is the supervising minister in charge of the commission, however, appealed to the workers to reconsider their position and accept Oteh back.

The Secretary General of the SEC workers union, operating under the umbrella body of the Amalgamated Union of Public Corporation, Civil Service and Recreation Employees, Mr. John Briggs, confirmed the meeting in an interview with our correspondent on Sunday.

He said that the minister insisted that the Federal Government would not change its position on Oteh, and urged the workers to accept her.

It was learnt that after much plea, the union listed some conditions that would make the members accept the embattled DG.

One of the conditions, it was learnt, was that no member of staff that participated in the protest would be victimised by Oteh.

Oteh, who was sent on a compulsory leave by the SEC board last month for allegedly mismanaging the commission’s Project 50 Fund, was recalled by the Federal Government last Wednesday.

Her recall had sparked outrage from members of staff of the commission, thus leading to a halt in business activities at the commission.

The SEC workers had, during the protest, vowed to resist any attempt by the government to impose Oteh on them.

They argued that it was wrong for the government to have asked the DG to return to work, since issues raised by the report had not been addressed.

Oteh’s woes were compounded on Thursday when the House of Representatives asked the FG to remove her from office.

The lawmakers, in their adoption of the report of the House Ad hoc committee that probed the near-collapse of the capital market, also faulted Oteh’s appointment as DG on grounds of qualification.

They added that she lacked the competence to manage human and material resources.

Oteh was also found to have lied on oath before the panel on the ownership of nationalised banks as well as “regulatory failure in some of the recent mergers, acquisitions and approvals of transactions by SEC.”

The report in fact recommended her removal and prosecution.

Explaining what transpired at the meeting with the minister, Briggs said the union reiterated its position that due process must be followed in handling all issues raised by the audit report.

This, they said, would ensure a cordial working relationship between Oteh and the workers.

Briggs said all their demands had been put in writing and would be presented to the minister on Monday (today).

He said, “The minister told us that the government will not change its decision on the recall of Oteh and we in turn told her that we don’t have a problem with Oteh coming back but that all the administrative lapses that were raised in the report should be addressed. She asked us to put our demands in writing and send to her. We hope to do that by Monday morning.”

Our correspondent learnt that after the meeting with the workers, the minister left, only to return a few hours later with the embattled DG.

Okonjo-Iweala’s return, according to findings, was to enable her to conduct a formal handing over from the Acting DG, Mr. Bolaji Bello, to Oteh.

A top official of the commission, who spoke to our correspondent in confidence, said, “By the move, it is assumed that the embattled DG is fully back to the commission.

“The minister came to SEC in the morning and met with us. But she later left and came back in the evening with Oteh and then left. So, it is assumed that Oteh has resumed work.”