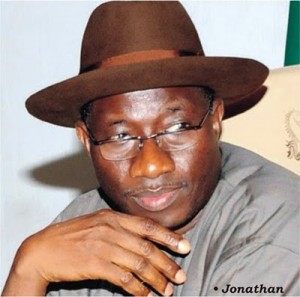 Deputy National Chairman of the Peoples Democratic Party, Dr. Sam Jaja, on Friday President Goodluck Jonathan had committed blunders that required his impeachment. Jaja was briefing journalists on behalf of the party’s National Working Committee and he said the PDP was aware that Jonathan had made some errors deserving of impeachment.

This statement by the deputy national chairman has sparked suspicion among certain prominent South/South leaders who believe that the PDP is conspiring with the House of Representatives to impeach the president. President of the Conference of Ethnic Nationalities of Niger Delta, Prof. Kimse Okoko, described Jaja’s comments as “a conspiracy theory” and asked him to name the impeachable offences that Jonathan had committed.

In his words, “Coming from someone from the Niger Delta, it is a conspiracy theory. Let him tell us what the impeachable errors are. Unless he says so it will be unfair for him to come up with this conspiracy theory. It is an irresponsible statement because he has not mentioned the errors.”

Considering the fact that Jaja is also from the same region, the concerned South/South leaders are also suspicious that the national leaders of the party from the region might have been convinced to join the impeachment train.