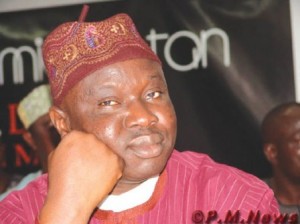 According to the PDP, it was disheartening and unfortunate that no chieftain of the ACN has been prosecuted in its controlled states despite what the PDP described as ‘’the barrage of cases of misconduct in these states.”

In a statement by the PDP, signed by its National Publicity Secretary, Chief Olisa Metuh, the party professed its continued support for its National Chairman, Alhaji Bamanga Tukur, stressing that the party was not prepared to sacrifice his son, Mahmud Tukur over his prosecution by the Economic and Financial Crimes Commission, EFCC on the subsidy payment scandal.

According to the PDP, “The ACN has also turmed the other way in the case of a N500 million fraud allegation against the Speaker of the Lagos State House of Assembly. There has been no call for the speaker to resign. Till date, there is no record of any ACN official or chieftain standing trial in any ACN controlled State despite the barrage of cases of misconduct in these states”.