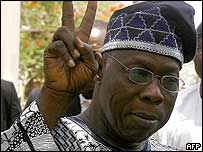 The secretary made this known while speaking to reporters after the party’s National Executive Committee (NEC) meeting. He also pointed out, contrary to widely held speculations, that Obasanjo did attend the meeting. According to Jibril, the resignation was accepted at a board meeting in Abuja on Monday night.