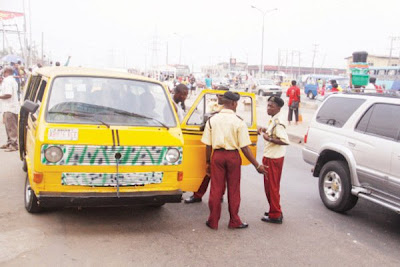 A Lagos driver driving against traffic has reportedly crushed an official of the Lagos State Traffic Management Authority (LASTMA), Mustapher Adeleke to death with his blue Volkswagen Bus with registration number: LSR 942XC.

It was gathered that the victim met his untimely death while performing his duty at Oke Afa, Ejigbo area of Lagos with his colleagues who were part of the team deployed in the area to checkmate those driving against traffic along Mile 2.

According to Lagos State Transport Management Authority (LASTMA) authorities, it was while the driver of the bus, later identified as Haruna Nuru, was driving against traffic from Isolo end of the road that he hit the 34-year-old officer from behind and sped off when noticed that he had hit a government official. Witnesses at Abimbola Road, near Isolo Bus Stop, later arrested him.

Mustapha was rushed to the Isolo General Hospital where he was confirmed dead by the doctors. His corpse was deposited at the hospital’s morgue.

According to the General Manager of the agency, Mr. Babatunde Edu, the suspect was handed over to the Police at Okota Police Station.

While condoling with the deceased’s family, Edu however prayed that God would grant them the fortitude to bear the loss.

Edu advised motorists to obey traffic rules in the state and desist from attacking, maiming or assaulting innocent officers.

The state Police Public Relations Officer, Ngozi Braide who confirmed the incident said, “On July 17, 2012, around 1pm at Pako Junction, Okota Road, an accident occurred after the driver of the said vehicle drove against traffic. Five LASTMA officials accosted him.

“The suspect has been arrested and may be charged with murder or manslaughter based on investigations,” she disclosed. 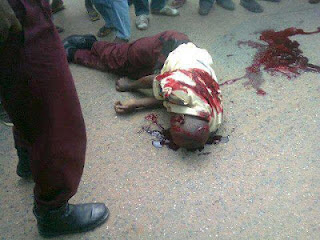