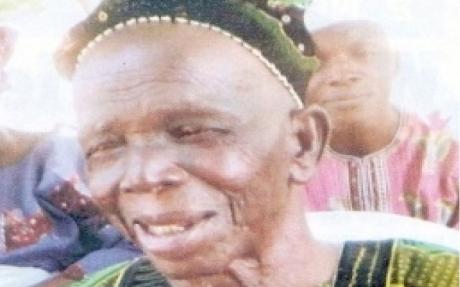 “What kind of prayer is this son? I need not any prayer for long life. I have lost some of my children while alive. Let death come now, I am fulfilled. Thank you for your prayer. No enemy can kill me. I am waiting for God’s time and it should no longer be late”

This was the response of  Chief Emmanuel Ashipa, 143, when a priest attempted to extend his stay on planet earth via prayers.

Pa Ashipa who lived through the second world war is native of Iwoye Ketu in Ogun state. He has racked up all kinds of life experiences and now says he is ready to meet his creator.

An unnamed family member says the centurion’s first son is 80 while his last child is 58, adding that Pa. Ashipa married late.

Reports say Pa Ashipa’s wife passed away a couple of year back aged 90.

The family member also revealed that Pa. Ashipa was a farmer-hunter who profited from his vocation during his youthful days

Though the centurion could speak audibly and eat anything despite his age, the activities he engages in are being controlled.

Chief Emmanuel Ashipa attributed his admirable long life to the grace of God.