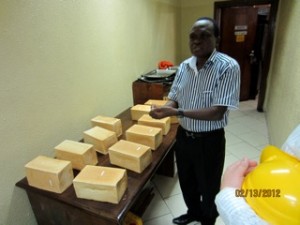 It is a definite calculation that consumers of bread are in for a tough time, as bakers in the country, under the auspices of Association of Master Bakers and Caterers of Nigeria, have announced a 20 per cent increase in the price of the product.

The national chairman of the association, Simeon Abanulor, made the announcement in Sagamu, Ogun State, on Tuesday.

He stated that the decision to increase the price of bread was necessitated by the recent Federal Government’s policy, which increased the levy on importation of wheat by 15 per cent.

He said: “It was unanimously agreed by all members of our association that the price of bread be increased by 20 per cent, due to the recently introduced levy of 15 per cent on importation of wheat.”

He expressed the readiness of the association to reduce the price, “as soon as the prices of flour and other additives are reduced” as a result of the Federal Government’s policy on cassava flour.

He appealed to all consumers of bread in the country “to bear with us and accept the new price in good faith.”

The bakers’ chairman, while speaking on the new initiative by the Federal Government to inculcate the habit of cassava bread in Nigerians, noted that it would “take time before the policy can be achieved.”

He advised the Federal Government to ensure adequate training for bakers all over the country and provide equipment for bakers in the country.

A director at the Ministry of Agriculture and Rural Development, Titus Adetunji, while speaking at the press briefing, insisted that the Federal Government had no intention of increasing bread price with the introduction of cassava bread initiative.

He stated that the whole idea behind the policy “is to give cassava flour advantage over wheat flour and reduce importation of wheat and at the same time, increase cassava production in the country.”