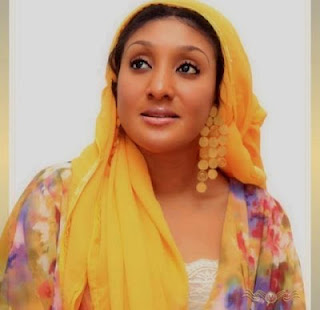 According what Encomium magazine reported; unknown to many close friends, Stephanie Adie Henshaw has never been married before Reverend Christopher Okotie in the true sense of the word.The mother of three children from two men has rather been a victim of abuse and ill-luck with a chequered history of marital woes that ended up breaking into pieces her fragile heart.
Stephanie’s first love before Okotie came into the picture was a young man she met through a friend in Lagos. With no intention of marriage, being quite young then, the innocent Calabar girl, unfortunately got pregnant for the man.

She was still carrying his baby when he was shot to death in Surulere, Lagos. The tragic death of Stephanie’s hat would happen to her years after.

“The pain they inflicted on Stephanie after the death of the father of her fisrt child was unbearable. One day, she was invited by the man’s people to know how the child was faring. And before she knew what was happening, they took custody of the child. She never set eyes on the boy until two, three years ago,” a highly reliable source told ENCOMIUM Weekly.

We further learnt that Stepahnie’s son was taken to England where he schooled before returning to the country. He has since reunited with his mom.

Stephanie Henshaw’s affair with one businessman, Mazi Okechukwu (Okey) was totally built on deceit which was not initially to the knowledge of the ravishingly beautiful lady.

”Stephanie didn’t know that Okey was a fraud. Okey told her he was not married. He was building a house back then in Omole Estate. Okey had rent a house for Stephanie in Ikeja, Lagos. And each time he sneaked out to see his first wife and children, he would say he had gone to see his mother. The day she found out the truth, she literally fainted,”our source revealed.

It was in-between this affair that produced two sons that Rev.Okotie, who had been admiring Stephanie from a distance started walking into her life.

ENCOMIUM Weekly learnt she was naturally pissed off with the Igbo businessman and literally needed a man she could call hers. From what we were told, Okotie staked his reputation, and risked his life to have Stephanie.

“He really loved Stephanie. There was nothing he wouldn’t do for her. Okotie had cause to jump a fence for the sake of this love. Of course, you already know, he was attacked physically on several occasions all for Stephanie.
“It was this same Okey that smashed Okotie’s windscreen and all that. He, however, had to give up when it was obvious that Stephanie was no longer interested in the relationship. After all, there was no marriage to be dissolved,
since there was none in the first place”.

A born again Christian for almost 20 years, we were informed that Stephanie has always known God despite her marital woes.

Our source who had known Stephanie for many years warned those castigating her to maintain their cool. She even threatened to open up on many more issues relating to her four year marriage to Rev. Okotie if pushed to the wall.

Before now, the impression engraved in people’s consciousness was that Stephanie was a widow and divorcee. an allegation her close friends and family members are now making serious effort to debunk.

Relatedly, more facts are beginning to emerge, throwing more light on the remote and immediate circumstances that contributed to the crash of her marriage to Household of God’s Chris Okotie on Sunday, June 24,2012.

Information at our disposal has it that Stephanie was not going to church as often as she was supposed to as pastor ‘s wife. She had also been accused of being stubborn, while another wicked allegation they fired at her had to do with bi-sexualism.

Rev. Chris Okotie’s image maker, Mr. Ladi Ayodeji, in his response to ENCOMIUM Weekly’s inquiries on the issue that same day said they have no comment on any issue related to Okotie/Stephanie marriage break-up.

“We have nothing to say on this issue. Please go ahead and write whatever that pleases you.”
Meanwhile, Rev. Okotie is yet to say anything about why his marriage to Stephanie surprisingly crashed. He said nothing on the issue at the Wednesday (July 11, 2012), Household of God’s midweek service.

That was also the situation on Sunday, July 15, 202. The charismatic preacher, who adorned a black trouser, white shirt and checked coat concentrated on the message of the day which centered on God’s power of delivery.

And as has been the situation since he separated from his wife, the church was also filled to capacity. Before the church dismissed around 1.30, members born in July were not able to present a drama, No Gossip in the House, which they had earlier announced that Sunday service.

Reverend Okotie has maintained calculated silence on the matter since his announcement on June 24. while Stephanie only made references to her marital travails in a recent Facebook update.