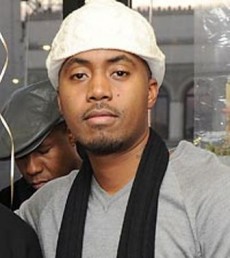 American rapper, Nas made an appearance in the Big Brother House Thursday evening as a ONE Campaign celebrity ambassador.

Overwhelmed does not even begin to describe the state of the Housemates as the popular Hip Hop star popped up on the TV screen. “I have no doubt that in your heart of hearts you want to see Africa become the jewel of the world and I have no doubt that you can be the change that you want to see,” he enthused.After seeing the rapper’s special message to them the StarGamers were in disbelief as Wati exclaimed “Nastradamus” repeatedly meanwhile Talia mused: “This is some big stuff guys, this is huge.” Nas, admittedly one of Prezzo’s role models, had a message that would resonate with every African.

He said: “We have heard the news that Africa is the place to be. For many reasons, the top two in investments and creativity. So when I also hear about the challenges that face Africa, especially on food security, I have no doubt in my mind, that Africa can overcome its challenges. I have no doubt in your heart of hearts that you want to see Africa become the jewel of the world. I have no doubt that you can be the change you wanna see. Thank you people for staying true to the motherland, and join one as one, for those who need change for Africa.”

Excited does not even begin to describe the look on Prezzo’s face when he saw his role model addressing him. He begged Big Brother to play the video again, but to no avail. Nas is one of many celebrities that have made an appearance in Upville this week as part of the ONE Campaign Task.