Born on the 12th of July 1975, Rita Dominic, a Nollywood actress that never got viewers bored with her active roles, clocks 37 today.

She was born into the royal Waturuocha family of Aborh Mbaise Local Government Area in Imo State. Her role in the Kenyan shot movie-SHATERRED a lot about her prowess in the line she has chosen as a career.

She has also starred in many Kenyan movies and several other Nigerian films, TV series and also won several awards. 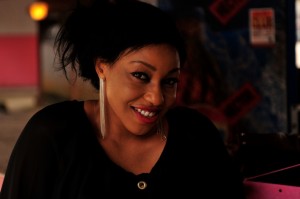