One of the most electrified rumors flying around of King Sunny Ade’s daughter, Deola Adeniyi Adegeye who some people said had something intimate to do with one of the security guards of her school, Ajayi Crowther University Sheriff, has out rightly denied it and she has has said it is untrue and baseless.

Implicated in the whole accusation was famous twitter user known as  “GossipGirliee’’ with real names as Michella Jonathan, and she had the following to say when asked:

Your twitter handle was mentioned in the reports concerning Deola, KSA’s daughter and the sex rumor with her school’s security guard. How did you know about this?

I really don’t know anything about this. I was chilling at home on Wednesday when someone tweeted at me if the Deola story was true. I asked who Deola is and he said Sunny Ade’s daughter. I said I don’t know her and I have never heard of her name before. The person told me Encomium Mag published a story about Deola responding to a rumor that she slept with a security guard and that I started the rumor. I was shocked and quickly tweeted of a location where I could get a copy in ketu area, but the person tweeted the page at me, which I read and laughed.
But how come they picked on your own twitter handle and not someone else? Are you also a student of Ajayi Crowther University?
I really don’t know. I am not a student of the said university. I graduated from Enugu State University in 2007 where I studied Masscomm. May be another Gossip Girl started it, and they mistook her for me. They used my own handle which is wrong. You and I know we have a lot of Gossip Girls on twitter, I just happen to be the most famous. Thank you. 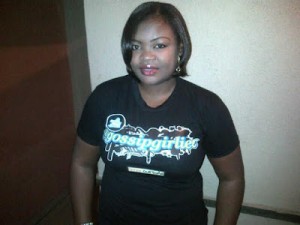 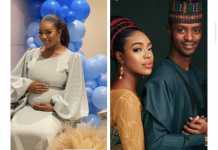 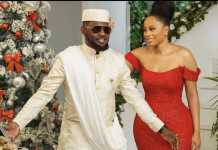