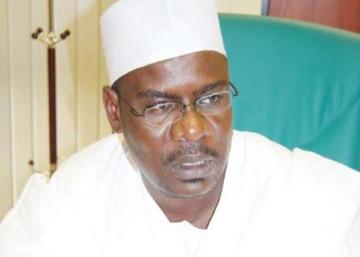 Last week the news of Senator Aliyu Ndume’s application requesting for his visa in order to travel abroad was visited with a lot of suspicion. The senator, who has been accused of sponsoring the dreaded Boko Haram militants had been on bail, his case being in court.

On TuesdaySenator Ndume was granted permission by an Abuja Federal High Court to embark on a trip to Saudi Arabia for the Lesser Hajj. The presiding Judge, Justice Gabriel Kolawole ruled yesterday that the Senator’s travelling passport should be released to him to enable him to travel between August 1 and 31, 2012 for the Lesser Hajj in Saudi Arabia.

The justice also ruled that, upon return, Ndume must re-submit his passport to the court within 72 hours or will be confronted with another court action. Ndume’s application had also indicated that he would be using the opportunity to carry out a medical checkup on himself.

However, Kolawole observed that Ndume’s application would have been rejected if it was based on checkup, but since it has something to do with religion, he would be granted the opportunity. The judge said, “There is no evidence to indicate that the ailment cannot be treated locally. There is no medical report to show referral to a foreign hospital.”