At first a suicide bomber driving a Golf Volkswagen car rigged with bombs  to the gate of the Central Police station used the car to force the gate open and then drove directly to the main building housing theAssistant Inspector General of Police before detonating the car bomb.
The attacked affected the offices of the zonal command of the Nigerian police force  at Marina killing a police officer and injuring several others.
Another bomber also bombed Unguwar Rogo Police station in the metropolis.See more pictures below 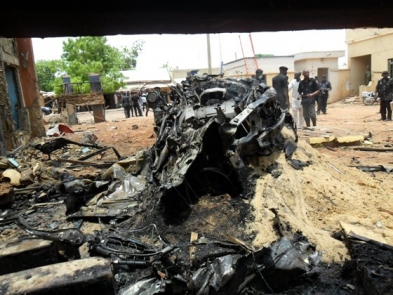