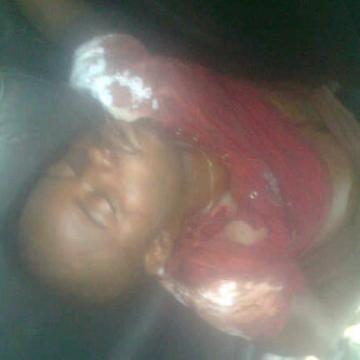 The latest was the murder of a middle-aged man at a beer parlor along Zabayor Street in Benin at about 10: 30 pm Tuesday night.

He was said to have been trailed by his assailants numbering about six, who stormed the drinking joint and on sighting their target opened fire on him repeatedly on the head as other customers at the beer parlour took to their heels.

Edo State Joint Task Force, (JTF), was said to have arrived the scene shortly after the assailants had fled scene.

Aiye fraternity and Black Axe have been engaged in an age-long supremacy tussle which had left over 30 dead and several others injured in past three years.

One Nosa Ebohon, an engineering graduate of the University of Benin popularly called ‘Biggie A.K.A JUJU OF UNIBEN ” was also killed yesterday along Adolor College Road.

He was said to have been invited by unknown person to a beer palour, on appearing for the invitation two armed youths shot at him on the chest.

The body of the ‘Biggie’ has been reportedly deposited at the University of Benin Teaching Hospital.

Sources have, however, attributed the renewed gang war in the state to fallout occasioned by the ‘sharing formula’ of largesse from politicians in the just concluded governorship election in the state.