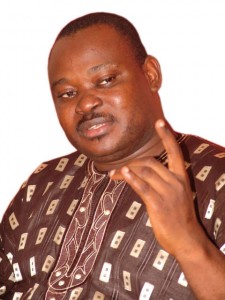 Business mogul, Barrister Jimoh Ibrahim , has recently lashed out at Nigerian legislators over the way they handled the investigation of Air Nigeria. However, the usually soft-spoken business mogul, has spoken out against them. The angry businessman did hold back his anger while describing the way the legislators handled the investigation when he was summoned.

According to him, “some legislators behave as if they are not educated. I went to the hearing because my name was mentioned. While I was seated there, the chairman was making all sorts of false statements based on a petition by a former staff who stole our money,” he fired.

“Why should they downgrade themselves so low, as to be taking evidence from an accused person? What kind of madness was that? The weight of evidence from an accused person is weak… Unfortunately, this is not a country where one can easily get justice. I should be commended for what I am doing with Air Nigeria… were you not in the country when GTBank took Virgin Nigeria to court for winding up because of huge debt? It was at the point of winding up that I bought it, saving thousands of jobs. I paid GTBank $11 million. My group employs over 28,000 Nigerians. That is not a small number. I should be encouraged.”

The Nigerian lawmakers have been at the receiving end of very harsh descriptions in recent times. Words such as “hungry” has been used to describe them; but the most popular was the “rogue” and “armed robbers” tag placed on the lawmakers by former president, Olusegun Obasanjo.