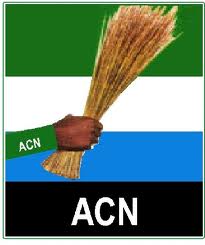 In their typical manner of not tending to their own business, the Action Congress of Nigeria (ACN) has asked the chairman of the People’s Democratic Party (PDP), Alhaji Bamanga Tukur, to step down as chairman of the PDP.

The reason for their request was the PDP chairman’s son’s indictment in the fuel subsidy scam. The ACN made the call in a statement issued in Lagos on Sunday and which was signed by the party’s Publicity Secretary, Alhaji Lai Mohammed.

According to the statement “While Alhaji Bamanga Tukur is not facing any charges in the court of law over the scam, he is definitely a star suspect in the court of public opinion… While we have nothing but absolute confidence in the ability of the judicial process to ensure justice, we believe that anything than can reinforce the impression of thwarted justice in the fuel subsidy scam trial should be removed… Alhaji Bamangar Tukur’s continued stay in office is one of such.”

Whether the ACN has confidence in the judicial system or not, it is totally not their business to dabble into the way other parties chose to run their leadership system. They should rather focus on putting their own house in order.