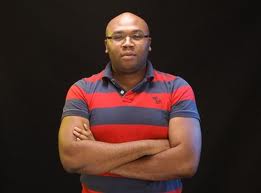 One of the two Nigerians, Jason Njoku, aged 31, is the founder and CEO of Iroko TV. Njoku is an internet entrepreneur and his Iroko TV is the world’s largest digital distributor of African movies. Iroko TV has been dubbed the ‘Netflix of Africa’. And, arlier this year, Iroko TV raised $8 million in venture capital from Tiger Global Management, a New York-based private equity and hedge fund run by billionaire Chase Coleman. IrokoTV enjoys lucrative content distribution deals with Dailymotion, iTunes, Amazon and Vimeo. It is believed that IrokoTV could be worth as much as $30 million and Njoku is the company’s largest individual shareholder.
The second Nigerian, Ladi Delano, aged 30, is the founder and CEO of Bakrie Delano Africa. Delano was believed to have made his first millions as a liquor entrepreneur while living in China. In 2004, at age 22, he founded Solidarnosc Asia, a Chinese alcoholic beverage company that made Solid XS, a premium brand of vodka. This brand went on to achieve over 50% market share in China and was distributed across over 30 cities in China, and pulled in $20 million in annual revenue. Delano subsequently sold the company to a rival liquor company for over $15 million and ploughed his funds into his next venture-The Delano Reid Group, a real estate investment holding company focused on mainland China. Today, Delano is the co-founder and Chief Executive Officer of Bakrie Delano Africa (BDA) – a $1 billion joint venture with the $15 billion (market cap) Bakrie Group of Indonesia. Bakrie Delano Africa serves as the investment partner of the Bakrie Group in Nigeria.