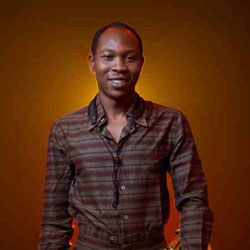 The youngest son of the late Afrobeat legend Fela Kuti, (Seun Kuti) who was scheduled to perform as the headline act on 25th July, 2012, during the New world Nigeria event holding in Stratford, London.
Due to organizational discrepancies, not his fault, the renowned saxophonist begun his hour long set almost an hour later than scheduled. Even though, from the minute his performances started, his adoring fans got up to dance but were quickly asked to sit down by the security.
Noticing the situation, Seun Kuti spoke out, saying that if his fans couldn’t dance, then he would no longer perform. As such, his already delayed performance was further cut short, getting his fans riled up and ending the night in shambles.

Share
Facebook
Twitter
WhatsApp
Previous articleBOKO HARAM: Army Donates Anti-Bombing Device To Churches and Mosques
Next article11-Year-Old Flies to Rome With No Ticket, No Money and without Family
- Advertisement -