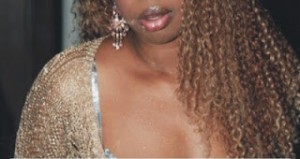 Mrs Elizabeth Bankole, a housewife in Akure, the Ondo State capital, has told an Akure Customary Court that her husband, Dimeji Bankole (Not the ex-Speaker) forced her to a shrine to take an oath of fidelity.

We gathered that Bankole had approached the court for dissolution of their marriage on the ground of extra-marital affairs. The marriage is over 10 years and blessed with three children. In her defense to the allegations made against her by Bankola, Elizabeth argued that it is already obvious that she was not involved in extra marital affair with any man since a curse had been placed on her when her husband took her to a shrine where she took a vow against infidelity and adultery.

Elizabeth explained that the person her husband accused her of going out with was a relative who used to stay with her whenever he was in town. She said the man, who is now late, was a member of her family and her mother used to send him to her anytime he was in Akure. Bankola had, in his petition before the court, accused his wife of being unfriendly, proud and full of hatred for him and his people.

He also accused her of being disrespectful to people and in the habit of raining curses and abuses on him. Bankole, who bares the same name with an ex-Speaker of the House of Reps, thus begged the court to dissolve their marriage, saying he is tired and could no longer live with her.

In his preliminary ruling, Chief Julius Fabinu, president of the court, ordered Bankole to take his wife back to the shrine where the oath was taken to remove the curse on her. He said such much be done so that if the court dissolve the marriage the woman should be free of the curse and be able to remarry if she want to.