Home Entertainment You’re After Me Because I Wont Sleep With You –Jim Iyke Replies...
Facebook
Twitter
WhatsApp 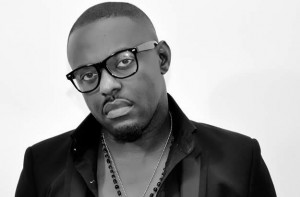 The case that involved Nollywood actor, Jim Iyke and Habiba Abubakar, an Abuja based businesswoman of a  N15million fraud scandal, has escalated to the extent that Nigerians now wait for twitter updates from these two in other to judge who is right. Habiba had last week released documents and pictures of Jim Iyke at the police station.

But Jim Iyke has reacted to all the allegations by the married woman, claiming the story was false.

Below is how the actor reacted to the allegations on Twitter:
“ok folks, the idea of the shout out is to read between the lines and compare notes with the bogus claims. You know the subject matter and the topics. So, follow closely!

“Please be advised that the subject matter will be referred to as the ‘lady from hell.

“Shout out to OBSESSION. That can drive a middle-aged mother to relentlessly pursue a youngman’s end because he refused your sexual advances. Peo aint dumb!

“Shout out to MOTHERS for their love and sacrifice. Any woman that can fabricate pictures and stories to hurt a mother invites an irrevocable curse. God judges!

“Shout out to the lady from hell for stealing pictures from my sister’s phone to photo-shop to insult my great mom. Won’t insult yours because my mom raised me better.”
The question of who is right and who is right seem to be less relevant by the day, and the big question of when will will this fight end seem to finding its way to the top.