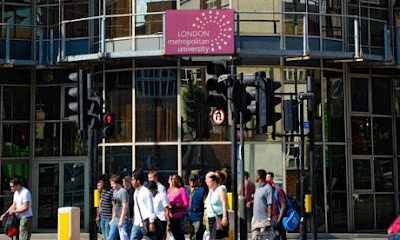 Present Story, as reported by AP, has it that around 2,600 foreign students could be deported from Britain after their university was stripped of its ability to sponsor visas for pupils beyond the European Union, the government announced Thursday. This has led to the dissatisfaction and reactions from the affected as it is evident the present Conservative-led government is bent on reducing immigration. Experts have said these moves by this Government could damage Britain’s global reputation.

London Metropolitan University has lost its “highly trusted status” because a survey found significant problems with the qualifications of many of its foreign students, Immigration Minister Damian Green said.

It was revealed that so many things were wrong with the school, problems like:

-There was no proof that half of those sampled were attending lectures. Green said

-More than a quarter did not have current permission to be in the country.

A degree from a U.K. university is highly prized by many students abroad, and those from outside the European Union often pay higher fees than residents. The British government, which has cracked down on immigration in multiple ways, has pointed to student visas as a category ripe for abuse by those who may instead be looking for work.

London Metropolitan has 30,000 students, and 2,600 are affected by the government’s decision, said university spokesman Nick Hansen. Students from other European Union countries don’t need visas.
The affected students will have 60 days to find new sponsors once they are formally notified by the government, or they could be deported. A task force has been set up to help genuine students who otherwise qualify for visas, Universities Minister David Willetts said, but with the fall term imminent students have little time to find new sponsors and courses.