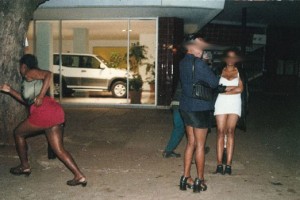 The Police in Plateau State have arrested 102 underage girls believed to be prostitutes in Jos. The state’s Commissioner of Police Mr Emmanuel Ayeni, made this clear to reporters on Monday during the command’s monthly news conference in Jos. He said that the arrest followed a security tip-off that made security men to raiding the hotels.

According to him, “The girls are aged between 12 and 16 years and they were arrested dancing naked at Pleasure Inn at Shendam Street and Mandela Hotel at Rwang Pam Street… The suspects were interrogated and, on request, handed over to the Plateau State Ministry of Social Development for rehabilitation,’’ he said.

The commissioner also said that officers and men of the command had carried out extensive raids on criminal hideouts in Jos and Bukuru, where 109 suspects were rounded up and arrested: “In the last one month, a total of 13 cars and 11 motorcycles were recovered at different locations and some of them have been released to the owners… Property valued at N11 million were also recovered,’’ he added.

This development is coming against the background of a statement linked to the state governor wherein he was quoted to have said that God is angry with the people of the state and that is why so much evil has been befalling the state recently. One wonders how people are still able to perpetrate these heinous acts despite the civil unrest in the state.