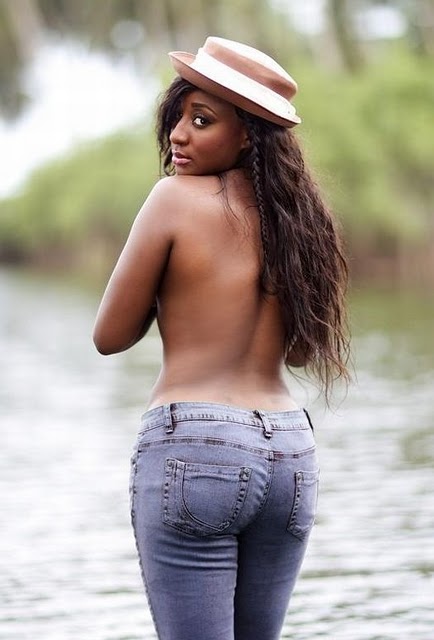 Movietainment Magazine in a recent piece discussed the prevalence of scandals in the Nigerian movie industry, these scandals which have become synonymous with Nollywood have been perpetrated mostly by female actresses.

Scandals ranging from husband snatching to sexual immorality are synonymous with Nollywood acts, and this has affected the image of many Nigerian actors and actresses.

That is why we decided to bring you the first part of an exposition on the reckless lifestyles of some Nollywood actresses in this edition.

Mercy Johnson
Mercy Johnson has always been in the news even before her controversial wedding to Edo big boy, Prince Odi Okojie on Saturday, August 27, 2011. The lady hit the news headlines when she was pictured exposing her private part at an event. It was obvious in the photograph that she did not wear pant or bra. Her wedding became an issue, which was feasted on by the print media as she was alleged to have snatched another person’s husband as revealed by one Lovelyn, a supposed wife of Prince Okojie. Mercy Johnson is one actress with scandalous sexual controversies.

Ini Edo
Another name on the list is that of Inibong Edobong, better known as Ini Edo. Ini is one Nollywood actress that is synonymous with sex scandals in the industry. Her wedding was a bit controversial after she was believed to have snatched Philip Ehiagwina from society lady, Ruth Okoro. She was once rumoured to be having a romantic affair with a governor in the South-South region of Nigeria. Also recently, she was reported to have left a club with another man.

Tonto Dikeh
Tonto Dikeh is unarguably the most controversial Nollywood actress. The beautiful lady has always been in the news since her emergence in the movie industry in 2006. She was recently alleged to have been paid N5million for sex by the Managing Director of Sifax, Mr. Taiwo Afolabi. Tonto is also noted for being a lover of tattoo as she has more than 57 designs on her body. One other thing about this lady is that she is a heavy smoker, and she once had a brawl with Van Vicker on a movie set in 2011.

Iyabo Ojo
One of the best hands in the Yoruba genre of Nollywood, Iyabo Ojo is not new to negative stories. It was reported that a top Lagos politician and former Senator gave her the Range Rover SUV she is cruising around town. Her bitter fight with colleague, Lizzy Anjorin was almost becoming monumental until some industry heavyweights stepped in to broker peace between the two beautiful actresses. Apart from that, the controversial actress has been involved in several sex scandals and she was once reported to have been caught having sex with a man at the back seat of a car in London.

Funke Akindele
Until her recent wedding to Oshodi big boy, Alhaji Kehinde Almaroof Oloyede, Funke was really an actress with many sex scandals. She was alleged to have fought with one of her colleagues on a movie set in 2011 over a man. Some have also rumoured that she had escapades with some notable men before her marriage, which held with funfare on May 26, 2012. Her wedding to Almaroof also became controversial as she was reported to be going into Almaroof’s life as a third wife.

Genevieve Nnaji
Genny, as sexy Genevieve Nnaji is fondly called, has been romantically linked with several actors in Nollywood. Ramsey Nouah, RMD, Pat Attah and others are some of the men she was rumoured to have dated. Genevieve was once said to have dated a topmost politician in Nigeria, apart from other alleged sexcapades here and there. Though she has become the face of a popular vehicle manufacturer, her sex life in the industry can never be easily forgotten in a hurry.

Tayo Odueke (Sikiratu Sindodo)
Not many know Tayo Odueke by her real name, she is better known and addressed as Sikiratu Sindodo, a name she got from one of her movie flicks. One of her most popular scandals was her hot romance with a leader of the National Union of Road Transport Workers (NURTW) in Oshodi, Lagos, Musiliu Akinsanya also known as MC Oluomo. Oluomo was even said to have sent her to Saudi Arabia for holy pilgrimage.
She was also rumoured to have dated actor and producer, Kunle Afod. Just few months ago, there gist went round town that she was having an affair with younger brother of Kunle Afolayan, Aremu which she has profusely denied. She is presently rumoured to be in a sizzling romance with top Fuji artiste, Malaika.

Stella Damasus
Nollywood beautiful actress, Stella Damasus is seen by many as the industry ‘good girl’ until she was alleged to have caused the separation of fellow actress, Doris Simeon with her hubby, Daniel Ademinokan. Stella was reported to have started a love affair with Daniel before his marriage with Simeon crashed. Her secret was exposed by a soft sell magazine, which reported that Doris was ready to fight Stella for snatching her hubby. There were also reports that both Daniel and Stella have been seen together in some compromising ways. Though Stella and Daniel have denied having any amorous relationship, but some are still in doubt that their closeness is a business affair.

Bukky Wright
Her failed marriages and romantic affairs with some big wigs in the industry have been a thing for many to feed on. Bukky Wright’s pretty looks has attracted many men to her. The mother of two is surely not free from some scandals associated with the play-acting profession in Nigeria. She has been severally alleged of hoping from one bed to another.

Faithia Balogun
This estranged wife of top Nollywood actor, Saidi Balogun, Faithia is surely also not free of some scandals in Nollywood. She was once rumoured to have fought her colleague in the Yoruba movie industry over a young Ibadan politician, Rotimi Ajanaku. She was rumoured to have alleged that the lady snatched Ajanaku from her. She was once reported to be in sizzling romance with the Director of Corporate Pictures, Alhaji Abdullahi Razak. It was also reported that this almost destroyed the marriage of the top marketer. One funny thing about Faithia is the fact that she is yet to drop the surname of her former husband, Balogun.

Stephanie Okereke
Stephanie Okereke was reported in 2011 to have fought with Genevieve Nnaji when she reportedly found out that Genevieve had allegedly cornered her link to a man in the presidency she reportedly introduced Geneveive to in the presidency. She was reported to have felt bad that Genny cornered her in getting access to the presidency through a former aide of President Goodluck Jonathan, Douglas Oronto. Stephanie was said to be the only link Genevieve had to Douglas until she found her way through another means. Stephanie has also been linked with some sex scandals in the past.

Mosun Filani
At the wee hours of her movie career, was enmeshed into hot romantic relationships with actors; Muyiwa Ademola and Odunlade Adekola. She was reported to have almost ruined the marriage of Muyiwa, but for the understanding of his wife. Her wedding to Kayode Adeoye, who is a son of former police AIG, was very controversial. She was alleged to have snatched Kayode from another woman, who had two children for him. Weeks later, her former lover, Alhaji Babatunde, believed to be the head of ‘Omo onile’ in Epe, a suburb of Lagos, ordered Mosun to return a car gift he gave her while they were together. This was after Alhaji got the news that she has married Kayode.