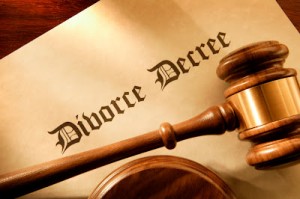 A Customary Court in Igando, Lagos has, on Wednesday, dissolved an 18-year-old marriage between a Muslim cleric, Lawal Temidire, 67, and his wife, Risikat, 50, over irreconcilable differences. Lawal had, on July 24, approached the court seeking the dissolution of the union over Risikat’s rejection of his sexual advances.

Lawal complained to the court that quarrels and fights had always followed every advance he made to his former wife: “We usually fight each time I want to sleep with her. She did not allow me to make love to her on many occasions. I used to force her and I am sick and tired of this… I do not love her anymore. I want this marriage dissolved.’’

Meanwhile, the President of the court, Mr T.A. Eko, in his ruling, said the marriage was dissolved since all efforts to reconcile the couple had failed. In his words, “Since all efforts to resolve the couple have proved abortive, the court is left with no option than to grant the plaintiff his wish… The marriage between Lawal Temidire and Risikat Temidire is hereby dissolved.’’

Eko also ordered the plaintiff to pay N50,000 to the estranged wife to enable her to relocate to a new apartment, urging both parties to keep the peace at all times, warning that anyone who breached the agreement would be dealt with. However, Risikat, a business woman, who denied the claims of her husband, urged the court to grant her husband’s request for the dissolution of the marriage. The couple got married in 1994 and have two children together.