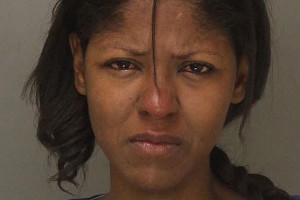 Instead of spending her first full day as a newlywed, an eastern Pennsylvania woman was instead in jail, accused of killing her fiance hours before they were to get married on sunday.

It was said that at her arraignment by video from jail Saturday, Franklin – apparently unable to grasp that he was dead – pleaded to the judge, “You got to check again!” according to the Morning Call newspaper in Allentown.

After District Judge Donna Butler told her that Brewster had been pronounced dead earlier, Franklin wailed and covered her face in her hands.

“I want my family back,” she said, rocking gently back and forth. “I want to go home.”

When asked if she understood the homicide charge, Franklin wept and choked out the words one at a time.

Franklin and Brewster were to be married at 10 a.m. Saturday, but police said they were called to the apartment shortly after 2 a.m. Saturday and found Brewster bleeding from the torso as he lay on the landing outside his apartment. He was pronounced dead a little over an hour later at a hospital, District Attorney Jim Martin said.

Neighbor Steve Engel said the pastor who was supposed to perform the ceremony came to the building after not being able to reach the couple, and others who were apparently going to the wedding also showed up at the building throughout the day.