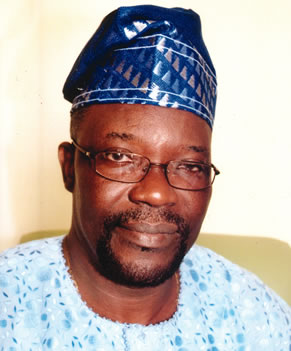 Some of the soldiers attached to the Flag House, Force Road, Lagos, have been accused of killing a 61-year-old man, Adewale Olupitan-Hazzan. The soldiers were said to have been driving in a military convoy on Ikorodu Road on July 15, when they brutalised Adewale, a road user, for allegedly breaking the side mirror of one of the vehicles in their convoy.

Adewale was bundled out of his Toyota Camry and thoroughly beaten by the soldiers at the Obanikoro end of Ikorodu Road. And, according to the deceased’s younger brother, Adedotun, Adewale, up till the time of his death, insisted that he did not do anything wrong to warrant such brutality.

In Adedotun’s words, “He said when he heard the sound of the siren, he slowed down and adjusted to pave the way for them but was taken aback when the last car in the convoy, a Peugeot 407, marked NA 01AO, parked beside him… He said before he knew it, the soldiers bundled him out of his car, beat him up and hit him repeatedly with the butts of their guns.”

Adedotun further pointed out that a military officer simply identified as Capt. Peter, who was just passing by and was moved by Adewale’s predicament had tried to intervene, asking the rampaging soldiers to release him: “But unfortunately Peter’s intervention could not secure his release, they insisted that he must follow them to their base to see one of their superiors. They also took his car with them… However, Peter followed them to the Flag Staff House and eventually secured his release on the condition that he replaced the side mirror.”

He said when his brother got home, he complained about nagging headache and later had a swollen head. He said, “He received treatment at the Federal Medical Centre, Ebute Meta, before he was moved to the Lagos State University Teaching Hospital and later referred to the Lagos University Teaching Hospital… A brain surgery was carried out on him on July 29 after X-ray examinations revealed that he had a head trauma. He died some few hours after the operation.”

A death certificate issued by LUTH dated July 29, indicated Adewale suffered from subdural hematoma following a head trauma. The certificate signed by Dr. Alagbe, stated the primary cause of Adewale’s death was “Subacute Subdural Hematoma,” the secondary cause was “Cardiopulmonary failure.”