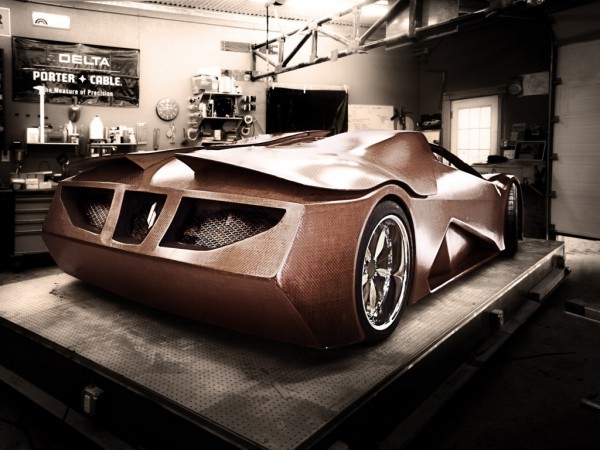 Believe it or not an American, Joe Harmon has designed a car which is made almost entirely of wood. The car, called Splinter, was said to have been designed as his graduate project at the Industrial Design course – North Carolina State University.

Amazingly, the chassis, body, wheels and a large proportion of suspension are also made of wood, and it is super fast too – even more than a Porsche or a Lamborghini. Other specifications of the car include:

The entire car, which is made from a combination of maple, plywood and MDF, weighs just 1,134kg – some 240kg less than the super lightweight Porsche. The eco-friendly two seater, which is fitted with a six-speed, manual gearbox, can sprint from 0 to 60mph in just over three seconds!

The ‘Splinter’ car can turn out a whopping 700bhp from its twin supercharged, 4.6litre V8 engine – almost 300bhp more than a Porsche 911. And with a top speed of a staggering 240mph, it will leave the Porsche or even the brand new Lamborghini Revanton behind.

According to Harmon, “The light weight is achieved through careful design and composite construction… The Splinter is not made from any carved-out, solid chunks of wood, but rather moulded laminates.”

So, if offered a ride in the Splinter, would you hop in? 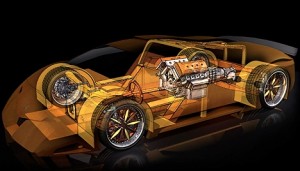 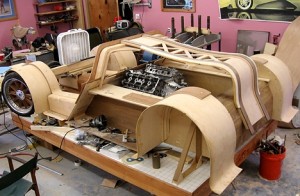 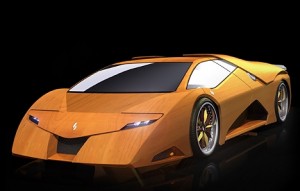