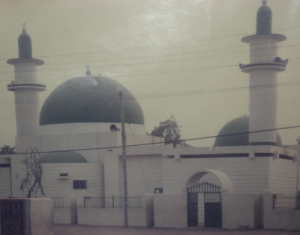 Another suicide bomber has attacked in Potiskum, Yobe State, leaving several people wounded as they were coming out of the mosque from their Friday prayers. Thankfully, a Muslim religious leader in Potiskum and Emir of Fika escaped the suicide attack.

Meanwhile, police sources say they are still awaiting details of the attack. But according to witness accouts, “A man who looked in his 40s … approached the emir and tried to embrace him, but people around pushed him away, and at that moment, a bomb concealed under his caftan went off.”

Those who were wounded included the emir’s bodyguard, a mosque aid worker and a nurse, the eye witness said. No one has claimed responsibility for the attack so far. However, in recent times, Potiskum has been at the receiving end of several attacks by the Boko Haram, leaving the number of churches remaining there at the barest minimal.

I Have Rallied 10 Benin Republic Monarchs To Get Igboho Off The Hook: Gani Adams