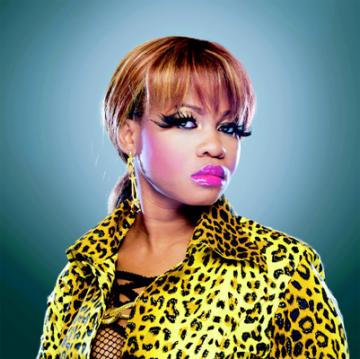 Susan Oluwabimpe Harvey popularly known as Goldie, is arguably a household name in the Nigerian entertainment circuit since her first break to limelight with the single komole which she followed with another successful hit spin me. Since then, it’s been one hit song after another for this Kennis Music signed Artiste who has been dubbed Nigeria’s own “Lady Gaga.”

The multiple award winning songstress is as famous for her music as she is for her “crazy” costumes in her music videos. From A-list collabos with talented producer OJB Jazreel to rappertainer cum producer ElDee to her fellow label mate Jaywon, Goldie has gone on to be one of the most visible and celebrated  divas in the industry carving a niche for herself in the process. It was therefore not a surprise when she was nominated as Nigeria’s celebrity representative to the Big Brother Star Game in South Africa. To many, including this writer, the Star Game afforded Goldie the chance to show Africa a more personal side to her public image and in the process, expand her fan base across the Continent and the world in general.

Today, the verdict is a mixed one for Goldie as her performance in the house while she was there has drawn criticisms especially from a cross section of Nigerians in almost the same measure as it gained her accolades. For some, Goldie did not deserve to represent Nigeria as they believed that she was nothing but an embarrassment and a crying baby through out her duration in the house especially as it concerned her temptous and unstable relationship with fellow Upville celebrity contestant, Prezzo from Kenya. Those who held this view saw Goldie as nothing close to the tough girl image she potrays in her ‘celebrity world.’ Yet to others, Goldie represented the true emotions and feelings of a woman who is afterall flesh and blood and thus gained sympathizers on that score. And then, there are those who remained indifferent to her plight in the house as they cared less whether she was evicted or not.

Whichever side of the divide you belong, you cannot help but admire and respect Goldie as a person. Her kindness, love, loyalty and respect for other contestants are commendable and worth emulating. Oblivious of what the world outside thought of her, Goldie was true to herself and her beliefs and never for once forgot she was first and foremost a Nigerian, role model and a human with emotions. Her status as a celebrity did not make her feel too big to tend and cook for other housemates as well as do the dishes thereby assuming a mother figure. She chose her words carefully and did not engage in acts that portrayed her as someone with a loose moral upbrining. And so unlike the cat with nine lives, it was a huge disappointment when Goldie failed to get the required number of country votes needed to keep her in the game till the final. For others, she was good riddance as they believed she had done enough damage to herself and to the country at large.

However, it is still too early in the day to write the jawo jawo crooner off or to assume that her stay in the BBA Star Game has dealt a fatal blow to her music career or acceptance. True, she might have lost some of her fan base but she also gained some in the process. In fact, there is a school of thought that believes that the Goldie brand is dead and will require alot of publicity and spirited effort to get it back to the enviable height it occupied before she stepped into the BBA Star Game. Meanwhile, this might just be what she needs to reinvent herself and bounce back to reckoning once more. How she hopes to accomplish this feat remains a mystery but one thing that is sure as morning is, we are not going to be disappointed when Goldie eventually comes out with a post-BBA song because anything short of that might just give her undertakers the push they need to nail the coffin on her musical career.